We deal with export of original automotive parts (called OE or OEM spare parts) from authorised networks of car makers placed in Central and East Europe.

We offer genuine parts in genuine boxes of many brands but one of our leading specialisation is original Citroen (PSA) spare parts export.

We deal only with wholesale type of trade genuine parts and we do not sell to Citroen garages, workshops etc. We prefer Customers from EU with good knowledge in Citroen (PSA) spare parts numbers.

New Customer is expected to register on the Website and will be informed about the access if only is approved by Administrator. 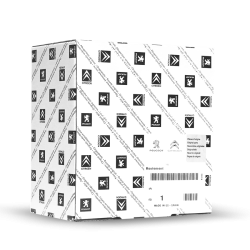 Citroën (Citroen) founded in 1919 is a part of PSA Peugeot-Citroen group since 1976. Citroen is famous for its radically innovative approach to auto manufacturing, which was noticeable ever since the company became the mass producer of automobiles. Nowadays Citroen’s sales keep growing, brand is very popular in Europe and also strong on Chinese market.  Citroen’s most popular models in Europe include C1, C2, C3 and C4 with their submodels Aircross, Picasso, Cactus, C5, C6, Jumper, Jumpy, Berlingo, Evansion, also separate brands DS3, DS4, DS5.

If you are not our partner yet fill the following form, please, so we may consider giving you full access to databases with export prices of original automotive spare parts from our region of EU. We will analize specifics of your activity and may ask you additional questions before acceptance.

Important: we supply ONLY wholesalers performing B2B business and keeping a stock of genuine parts for customers and we co-operate ONLY with firms having active Websites. We also prefer firms registered in European Union (EU) or in European Economic Area (EEA) countries. Thanks for understanding.

If you have questions, send us e-mail to the address: export (at) pricedata.eu